"This is rich, unadorned material, played without any gimmicks."
--Jim Hynes/ Elmore Magazine

"No Americana collection is complete without the latest album from porterdavis.  It's nuclear bad-ass on a stick times twelve."
--Shayne Hollinger/ Music Director for Mandatory FM

"Together, they fulfill an all-important condition for success as a trio: they're so  good as a unit, the whole sounds bigger than the sum of the parts."
--Lynne Margolis/ Austin Monthly Magazine

Daniel Barrett's textured leather voice wraps so well around not only the band's own rawhide compositions ("Smack You Back," "Take the Fall") but those of Muddy Waters ("Can't Be Satisfied") and in suede tandem with Eliza Gilkyson ("Carter's Tune"). His vocals, plus slide and electric guitar, are sharply honed by drummer Mike Meadows and harp player Simon Wallace, an atypical rhythm section delivering a sound that resonates in harmony throughout Porterdavis and lingers long after the last track.
--Margaret Moser, Austin Chronicle

This is gritty roots music; they mix blues, folk, and R & B with a driving beat and good lyric to give a soulful mix of music. There are good three-part harmonies on many of the songs, which really distinguishes this group and sets them apart from many of the other bands around. Good songwriting always wins out and they are blessed with that. This is one of those bands that it might be a smart idea to keep tabs on, and be aware of, so that their future recordings can be grabbed up quickly.
--Bob Gottlieb/ Folk and Acoustic Music Exchange

Their newest self-titled album reveals a band with a penchant for sparse, soulful acoustic roots music that sounds like the world’s best backstage session with your favorite folksinger: this Muddy Waters cover is loose and funky, the album’s lead song has folk radio written all over it, and Carter’s Tune, a duet with Eliza Gilkyson, is a contemporary coffeehouse folk fan’s dream. Definitely pick up your own copy of porterdavis (the album).
--Coverlaydown.com

The new, self-titled disc from Austin’s Porterdavis is a Country-Blues gem. With stomping rhythms, a menacing harmonica weaving it’s way through the melodies, and the dark, smokey and soulful vocals of Dan Barrett, much of the disc seems to be rooted in the mud of Mississippi rather than dusty soil of Texas.
--Twangville.com

This ain’t your run-of-the-mill blues trio. It might even surprise you that the soulful musical texture flowing from the stage is in fact emanating from only three guys. And therein lies the beauty of porterdavis. With just three musicians, a wide variety of influences from Townes Van Zandt, to Muddy Waters, to James Brown, and a collective imagination that transcends their individual musical prowess, porterdavis dishes up some truly original roots music.

Underneath the expressive lyrics and the smooth 3-part harmonies, is a band that was founded on a deep appreciation for the formidable musicians who have paved the way before them. Dan Barrett delivers the slide electric and acoustic guitar along with the lead vocals, backed by the English Simon Wallace on Chicago-style blues harp, and Mike Meadows rounds it out with his unique concoction of percussion instruments from around the world.

Dan and Mike got their start by busking in the Porter Square and Davis Square subway stations of Boston, Massachusetts bright and early in the morning. It wasn't the most ideal stage, but it did provide a space in which they could experiment with their music—not to mention, a meaningful name for the band. Then in 2004, the guys decided to move their home base to Austin, Texas where they solidified the sound of porterdavis by adding a third harmony and the final member to the band, Simon.

The band took a major step this year when Ray Wylie Hubbard introduced them to producer Gurf Morlix. Known for his work with Lucinda Williams, Robert Earle Keene, Slaid Cleaves and more, Morlix warmly welcomed the project of producing porterdavis. The finished product is a full-length album recorded without the use of Pro Tools technology, and performed on instruments much older than the band itself. 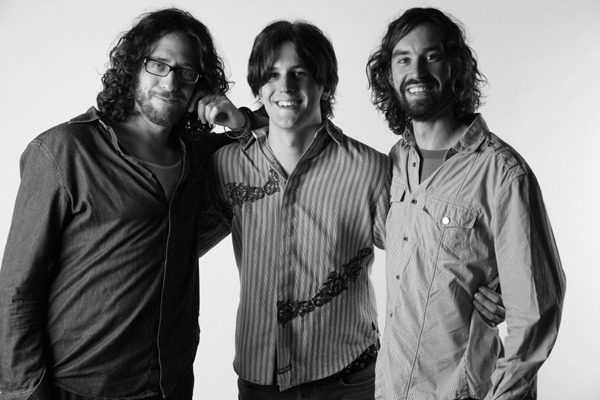 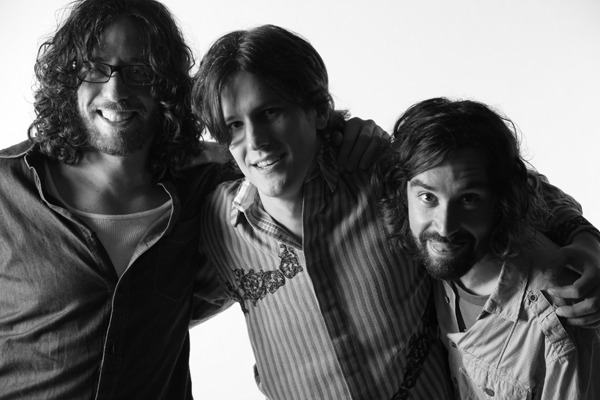 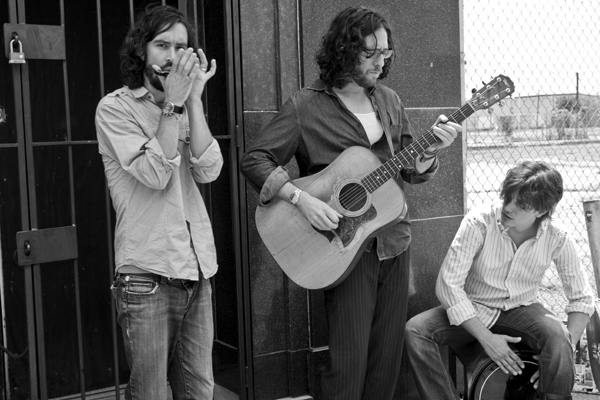 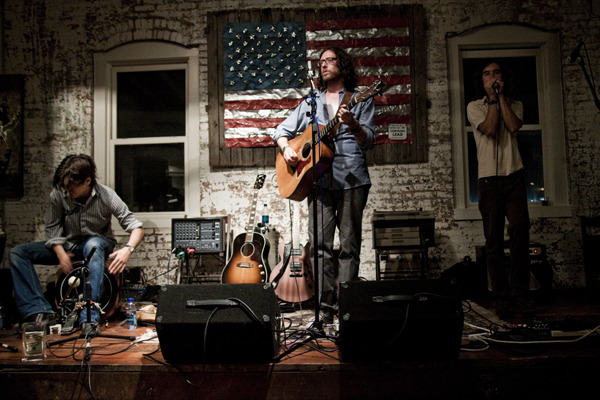